Mariee Siou Concert | brought to you by InEugene Real Estate

September 30, 2022 6:00 PM
This is a SOLD OUT SHOW. No tickets will be sold onsite.
Please Join Our Mailing List to find out about future classes & events!

Please join us at Long Table Farm for an outdoor evening concert with Mariee Siou who will be accompanied by Davis Reeves on the guitar! Mariee was raised in Northern California and is of Indigenous and Polish Hungarian ancestry. She prefers to be known as an abstract storyteller, and a voice for the natural world and trials of humanity through song. Growing up going to Bluegrass festivals, and with a father in a bluegrass band, she was exposed to melody, harmony, and the way music brought community together since childhood. She deeply values the medicinal qualities of music and believes that gathering to share her songs is ultimately for healing purposes. Her finger-picking guitar has been compared to the greats of Nick Drake and Bert Jansch and her high ethereal voice bends in realms of the sacred and aches with haunting sensitivity. Mariee Siou has extensively toured Europe and the US, and opened for acclaimed artists like Mazzy Star, Buffy St. Marie, Frank Black, Bonnie ‘Prince’ Billy, and Joanna Newsom.

Please bring a picnic dinner and your own blanket/chairs. Tickets sold in advance only to this event.

Mariee Siou was born on the Humboldt coast in Arcata, California. When she was 2 her family moved to the Sierra Nevada foothills in the Yuba River watershed in Northern California, to pursue their dream of farming and living off the land. She was raised on their small farm whose surrounding lands were formerly occupied by the Nisenan people before the cultural and environmental decimation that occurred at the hands of expansionist migrants and settlers during the gold rush, and has come to be known as Nevada City.

Mariee grew up surrounded and deeply touched by music—often going to bluegrass festivals and listening to her father’s bluegrass band—but held no particular personal musical ambitions. However, she taught herself to play the guitar at 18 while volunteering at a school for Mapuche children in Patagonia, Argentina, and wrote her first songs here while taking refuge from the Patagonia winds indoors. She continued finger picking and writing songs and made two home-recorded albums purely at the urging of friends. In 2007 she released her first studio album, Faces in the Rocks, on which she collaborated with Native American flautist Gentle Thunder and which achieved a dedicated cult following that would propel her career to this day. She began touring Europe as well as North America and has continued ever since.

Mariee Siou has learned to more consciously embrace her role in the old and new tradition of healer-singers who have always helped hold the human social fabric together. Through music she attempts to fill a cultural void left by severed connections to her mixed Polish, Hungarian, and Native American heritages and to thereby address the broader cultural voids felt by Americans today. She does this “with hopes of enticing the sacred work of grief back into our lives from the exile American society has placed it in”—and this is evident in her most recent album Grief in Exile.

The songs continue to come to Mariee, and her approach as a singer continues to mature. The flowing melodies and quivering vibrato of her voice, as well as the poetry itself, continue to locate themselves and their work with a more solidly grounded precision as to just what that work is. Her most recent songs most deeply reflect this clarity of vision and acceptance of both her role as an artist and the endless need for that role in this changing world. She brings us back to the child and the grandmother in ourselves, in a time in which it has never been more needed—and she intends to keep it up as long as she has a voice. 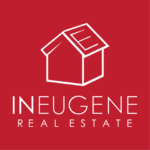 This event is brought to you by InEugene Real Estate

Cancellation Policy- Any cancellation up to two weeks prior to your event date will be refunded 100%. No refunds or credits will be issued for cancellations received less than 2 weeks before your event start date, however, you may always send a friend in your place if you’re unable to attend. If an event needs to be canceled due to a natural disaster, public health crisis, or other act of nature that will prevent the class from being safely completed, then the attendee that made the booking is eligible to collect a full refund. 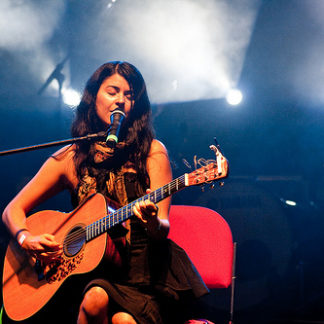